Troops from the Uganda Peoples Defence Force, UPDF, serving under AMISOM are in charge of sector 1, which includes the Lower Shabelle region of Somalia and Mogadishu, and houses the headquarters of AMISOM and international partners.

The joint visit is part of wider efforts to enhance coordination and joint military operations by AMISOM and the Somali National Army, SNA, against the militant group, Al-Shabaab.

On arrival, the two commanders inspected a guard of honor mounted by Ugandan soldiers, and held a closed door security meeting with top AMISOM officers, including the Contingent Commander of Ugandan troops in Somalia, Brig. Gen. Don William Nabasa and other sector 1 commanders.

The AMISOM Force Commander lauded Uganda troops for their immense role in restoring security and stability by degrading the Al-Shabaab and winning the hearts and minds of local Somali communities by implementing Civil Military Cooperation, CIMIC, activities in their Area of Responsibility, AoR.

"Allow me to congratulate through you, sector commanders – both AMISOM and SNA, and all the brave SNA and UPDF soldiers who, recently, on 20 February put out of action 60 Al-Shabaab militants, including some of their commanders,” Lt. Gen. Ndegeya said.

The joint visit is also part of efforts to enhance synergy between the two forces in the implementation of the Somali Transition Plan, STP.

"Additionally the visit has the objective to set up staff and coordination activities in sectors, to engage sector commanders on enhancing joint offensive operations, to promote the spirit of cooperation and to synchronize operation plans,” the Force Commander said.

The Force Commander lauded Uganda troops for their commitment in the implementation of the Somali Transition Plan, thereby setting the pace.

The SNA Chief of Defence Forces, Gen. Odowaa Yusuf Rageh, commended AMISOM for its contribution to the stabilization of Somalia, noting that SNA is keen to harmonise strategies.

"As you all know, we have been implementing strategic documents, including the Concept of Operations, CONOPS, the Somali Transition Plan, STP, and others over the past 14 year period that AMISOM has been in the country. To expedite our shared goals, we found it necessary to reconfigure our strategies together,” Gen. Odowaa said.

Uganda is one of the Troop Contributing Countries, TCCs, under AMISOM and was the first country to volunteer its troops to the mission when it was formed in 2007. 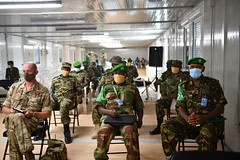 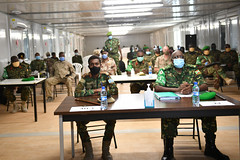 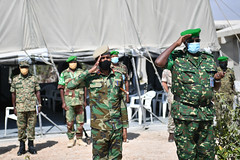 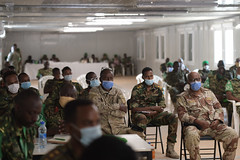 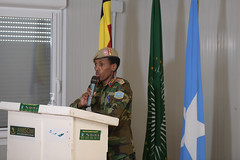 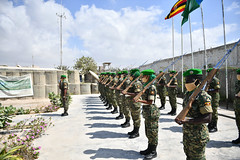 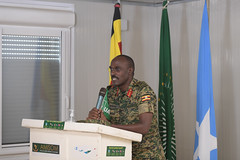 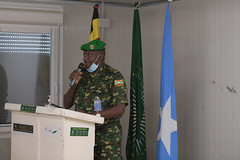 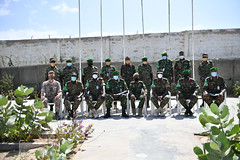 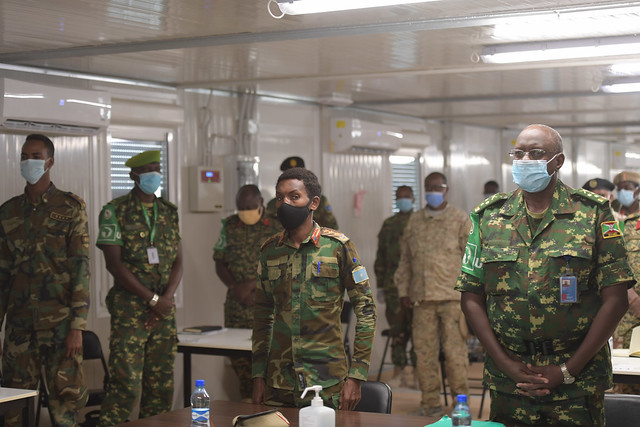