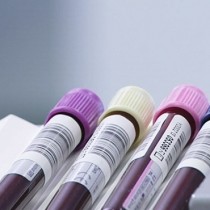 The Finnish Red Cross' blood bank service wants to see more donors with foreign backgrounds rolling up their sleeves to give blood. They say that while suitable donors can be found in emergency situations, rare blood types can create complications in cases where patients require repeated or major transfusions.

Head of the blood bank’s customer service unit Liisa Romo, said that O-negative (O-) blood – known as the universal donor type – can generally be used on most patients in emergencies. However she pointed out that complications could arise in cases where patients need large amounts of blood. In such cases, the patient should have an exact match for transfusions.


"Especially in those situations where the patient needs a lot of blood or even repeated transfusions, there could be greater significance for other blood groups and blood group factors. In those cases it could be difficult to find the right blood group,” Romo explained.

The four widely-known blood groups are A, B, AB and O; blood is also classified by the presence or absence of the Rhesus factor – a specific red blood cell antigen -resulting in the Rhesus-positive or -negative classification. However blood specialists or hematologists now know that there are more than 200 minor blood groups – known as rare blood types - that can complicate blood transfusions.

According to blood bank officials, patients from Finland or its neighbouring countries display few differences in blood types. However they pointed out that patients with backgrounds from further afield - such as Africa - may have rare blood types or blood group combinations that are difficult to match with Finnish donors.

SPR’s Liisa Romo said there are certain situations where health officials would have a special need for exactly the right blood type. She listed the treatment of sickle cell anemia, which she said commonly requires multiple blood transfusions. She also pointed out that finding perfect blood matches for some ethnic Finns can sometimes be a laborious task.

Long-time Somali-born resident Abdiram Hussein has donated blood several times. He said that many potential non-Finnish donors are put off by the bureaucracy involved in donating blood.

"I think that the blood donation itself is not a problem, it’s just the bureaucracy leading up to it. There are many different documents you need to read, then there is the language problem and they may not necessarily find the time,” Hussein observed.

However blood donations aren’t for everyone, as there are many requirements to be met. Other European countries such as Sweden and the UK have also attempted to attract donors from diverse ethnic backgrounds to join their blood donation programmes. According to data from Statistics Finland some 300,000 non-Finns currently reside in the country, prompting the SPR to look to widen its range of donors.