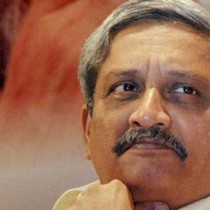 "They may not be next to India but… We are watchful and careful,” Parrikar said at an international conference on ‘India & the Indian Ocean: Renewing the Maritime Trade & Civilisational Linkages’, organised by the Institute of Social and Cultural Studies (ISCS) jointly with Research and Information System for Developing Countries (RIS).


Calling for greater cooperation between the neighbouring countries, he said, "The Indian Ocean can be an enricher and also a destroyer, hence we should also be prepared for disaster and develop strong relationships and communication with neighbouring countries to avoid any kind of disaster.”

Pitching for a creation of a common platform for the Indian Ocean rim region, he further said, "We are in a common grid and are tied to each other. If India strengthens, being the focal point and located strategically, it can facilitate others.” He also said that India’s strength lies in non- violence, but it can be practised only by those that are strong.

Somali pirates have been a threat to international shipping in the Indian Ocean and Arabian Sea, especially in the Gulf of Aden, which is a busy route, and have made millions of dollars in ransom by seizing ships.

In 2011, there were 439 pirate attacks and 45 merchant vessels hijacked worldwide, of which 237 attacks and 28 hijackings occurred in the Gulf of Aden, off the Somali coast.

The Combined Task Force — a multi-national coalition task force — took on the role of fighting piracy off the coast of Somalia by establishing a Maritime Security Patrol Area (MSPA) within the Gulf of Aden.

The increasing threat posed by piracy has been a matter of concern for India since most of its shipping trade routes pass through the Gulf of Aden.