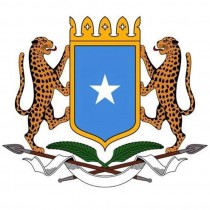 The Federal Government of Somalia agrees, wholeheartedly, the need to finalize the remaining issues regarding the political agreement of 17th September and resolve all issues peacefully through dialogue.

In pursuit of the process to strengthen and deepen Democratization, the Federal Government of Somalia initiated a policy to put in place an election model that would have enabled the Somali people to vote for both their parliamentary representatives and for the President of the country.

Unfortunately, despite the agreement and the Federal Government of Somalia's willingness to address concerns, the influence of external forces has remained an obstacle to finalizing the agreement to pave the way for the election.

Regrettably, on the eve of the proposed meeting of the Federal Government of Somalia president and heads of the Federal Member States to endorse the technical agreement, prospective presidential candidates chose to circumnavigate the process in order to pursue a path of illegality and armed insurrection disguised as a peaceful demonstration guaranteed under our constitution.

We, therefore, deplore and warn against some of the misinformed and misleading statements that disregard facts and at times appear to be supporting insurrection, from some quarters, that are well known for their unceremonious acts in the region, falsely posing as the master of another nation’s future, in contradiction of the norms and principles of international law.

All other Federal Member State leaders, except two, have responded to the invitation of the President and are prepared to endorse the technical agreement.

Once again, the Federal Government of Somalia urges the remaining two Federal Member State leaders to join the rest of the signatories of the 17th September political agreement in order to pave the way for election in the interest of peace and prosperity.