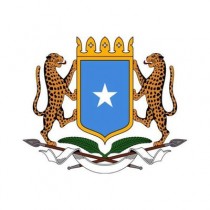 The Federal Government of Somalia condemns the violence against members of the Somali Security Forces carried out by security personnel of the prospective presidential candidates on the night of 19th February 2021.

It’s to be noted, the right to hold a demonstration is an indisputable right of every citizen, stipulated by our constitution but not an armed insurrection under the guise of a political demonstration.

Rather than supporting the finalization of the outstanding issues on the implementation of the political agreement of 17 September the prospective presidential candidates chose to instigate chaos.

The simple truth remains elections are the only course for transition not fostering constitutional crisis nor supporting insurrection.

Unfortunately, those who aspire to the highest office in the land and want to lead the Somali nation have sought to bring instability at precisely the moment the Federal Government of Somalia with the support of the Somali people are protecting Somalia’s integrity and independence, while regaining their dignity and honor as an equal among the nation states of the globe. The Somali people can rest assured the progress of our nation will neither be circumvented nor stopped.

The FGS will hold an election in order to pave the way for moving forward the realization of the aspiration of the Somali people for peace and prosperity.