The International Court of Justice (ICJ) has rejected a request from Kenya to adjourn its trial in Somalia. 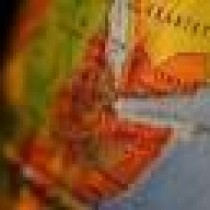 Somali government has written statement to the ICJ confirmed that the trial is set to begin on March 15 as originally planned.

"After considering the arguments of the two parties, the court has decided to adjourn the hearing, which will begin on March 15, 2021,” the court said in a letter to the Somali government.

Kenya recently asked the International Court of Justice (ICJ) to postpone the hearing of the Indian Ocean border dispute with Somalia, which was scheduled to begin March 15.

Kenya claimed the reason for their request was because of Covid-19 pandemic, which has had a significant impact on Kenya’s case-preparation efforts.

Kenya has informed the court that it will not be able to attend the hearing formally, citing security risks in the country depending on the outcome of the 2014 case.

The Somali government welcomed the court’s decision. Somali Deputy Prime Minister Mahdi Guled said Somalia is ready to attend the hearing, which will be held in a far-sighted manner. The court also a limited number of attendees in the court hall while listening the case.