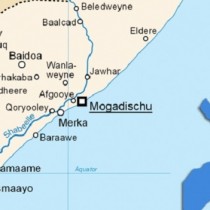 Reports said the troops seized the island Sunday without encountering any resistance from the militants, who have been in control of it since November.

Ambassador Maman Sidikou, special representative of the chairperson of the African Union Commission for Somalia, said Kuday island is "strategic and it's liberation will greatly contribute to improved security in Lower Juba region."


Kuday was the remaining al-Shabab stronghold in Lower Juba. Reports said the group used to export charcoal and import contraband goods on the island.

Sidikou said, "We will continue to pursue al-Shabab from every corner, until the entire Somalia is pacified."