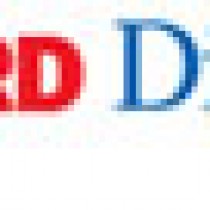 MOGADISHU (HOL)---The African Union forces backed by troops from the regional Jubba administration based in Kismayo town have recaptured a significant island in the region after militant fighters pulled out before the advancing forces entered the town, residents told HOL on Sunday. Kudha, a fishing island with a small population including Kiswahili-speaking communities fell into the hands of the allied forces after Al-Shabab fighters have withdrawn, letting troops to arrive without putting resistance.

The long contested seaside island was a key conduit for which the group used its harbor to smuggle weapons into Somalia.

Al-Shabab recaptured the Island late last year after a decisive battle with Somali forces in which dozens of soldiers were killed.

No comment could be reached from Alshabab on the loss of the island. The group doesn't often comment on losses, but they instead glamorize their military progresses.

The Kenyan AU forces have been making a steady progress against Al-Shabab since their troops entered Somalia after spate of attacks and kidnappings of foreign tourists.

Alshabab has since carried out deadly attacks including the Westgate all siege in which at least 67 people were killed.